We're almost ready to release some new tunes. A couple summers ago, Eric and I were up in Big Bay in Northern Michigan, where we had about 10 days to write and record a bunch of new music. We're almost done with adding extra layers, and it will be out soon. In the meantime, here are some images from the sessions. Here is the wall of amps in the garage where we recorded: 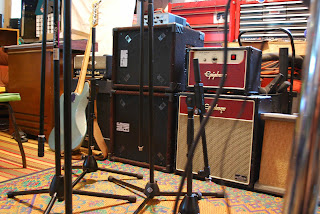 Here's a chicken coop right outside the garage. The rooster, Angus, almost made it into our recording a couple of times. 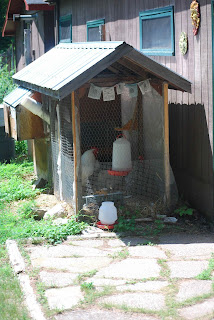 Marcia, co-owner of the property with her husband Sven, has a great design sensibility. This is one of the many reasons it's a ton of fun to spend time up there. 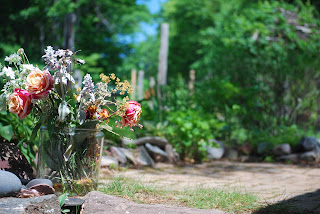 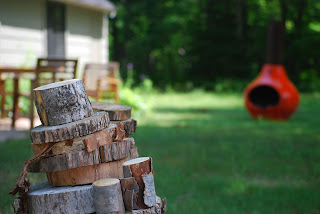 Eric's setting up something - view across the top of my Wurly. 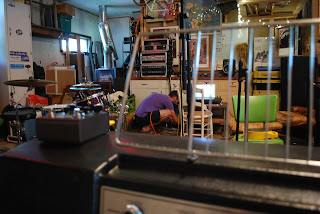 We began the sessions with a bunch of little ideas. I tend to write things down and forget about them, and most of them are garbage, but a few always make it through 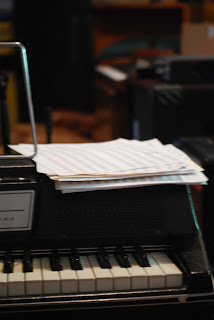 We eventually recorded material for 8 tracks, plus some additional improvisations: 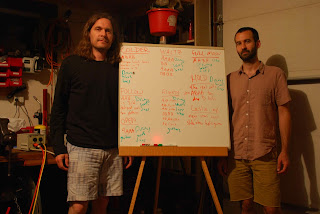