Hello, everyone.
Recently, a group that we like and respect, Arms and Sleepers, started selling their entire discography for only $10 as a way to raise funds for worldwide hunger and the ongoing widespread famine in East Africa. Not only is that a sweet deal (it's 110 tracks), but it's also an easy way for anyone to make a contribution.

This has inspired us to do something similar. Because of the timing of our decision and the limited resources at our disposal, we thought it would be a good idea to jump on the Movember campaign and start a bell monks team.

Many of you are probably familiar with the tradition of "no-shave-November". Jeff and I are already pretty lax about our shaving habits, so growing a beard for a month is not at all unusual for either of us. Movember takes it one step further by specifically focusing on the growing of a mustache throughout the month of November as a way to bring attention towards issues of male health, specifically those of prostate cancer and other cancers that affect men.

What we're going to do, besides just growing awesome mustaches (which we are both very capable of) is this:
100% of the money that goes towards any purchase on our bandcamp page music.bellmonks.com during the month of November will be donated to the Movember campaign by the bell monks team.

We've always offered our album "lullabies" and each of our monthly packages on a pay-what-you-like basis. This will continue to be the case during this donation period. Meaning, if you want to donate $5, you can perhaps pay $5 for April's package and then download all the rest for free. Or pay $1 each for May-September. You get the idea,

If you've already downloaded all of our music and just want to make a direct donation to Movember on behalf of bell monks, you can do so here.

We will, of course, provide occasional pictures so that you can follow the progress of our facial hair. Personally, I'll probably be going with the Trucker, which is an official mustache style of the Movember campaign. I was hoping to go with the Frank Zappa, which I've grown once or twice with considerable success, but it wasn't on the list.

I don't know what Jeff will end up with, but I would guess something like the Undercover Brother.
You can see the styles I'm talking about here.
We'll post more updates about donations and building the team as we learn more, but for now, I just wanted to make sure that we got the initial information online today in order to kick off the campaign on time.
Thanks for your time, and we hope you consider making a donation.

To make it official, here are our clean-shaven faces as of today: 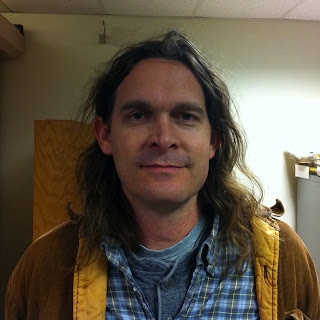 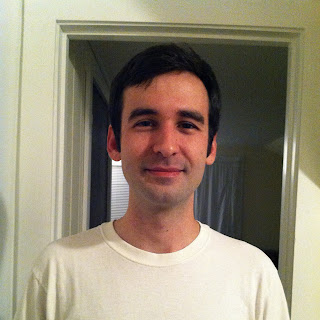